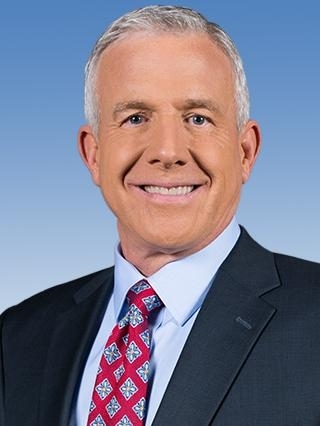 It is a homecoming for Brian who covered news for KIRO-TV in Seattle for 20 years before moving to Baltimore to anchor at WMAR-TV.

Brian Wood earned a Peabody award for his examination of the decline of wild salmon in the Columbia River.

He has also been honored with multiple Emmy awards for anchoring and reporting.

Brian has stood his ground during earthquakes in Seattle, San Francisco and Kobe, Japan.

He was in London for the funeral of Princess Diana, in Hong Kong to cover smuggling of illegal immigrants and Japan for the Winter Olympics.

Brian is a graduate of the University of Washington with an honors degree in Political Science and Communications.

He lives with his wife and family.