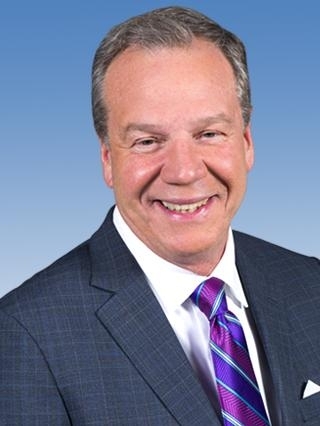 A self-confessed weather geek, Dave Salesky is the newest member of the KATU weather team.

His meteorological roots are here in the Northwest, forecasting from Spokane to Portland for the last 20 years. From the flood of 1995 to the Arctic Blast of 2008, Dave kept viewers safe and informed by telling them about severe storms before they moved in to the region. In 2008 the Associated Press named Dave its Best TV Meterologist.

Dave holds a seal from the American Meteorological Society and a certificate of meteorology from Mississippi State University.

When not in the KATU weather center, Dave can typically be found outdoors. Skiing, bicycling, fishing and flying are among his passions. An avid pilot for over 25 years with a commerical pilot's license, Dave flies his 1946 Aeronca Champ all over the Northwest, weather permitting.

In 2009 he completed his 10th journey on Cycle Oregon. Dave was raised in Alaska so he's also a pretty good fisherman, not as good as Rhonda, but still ... the biggest salmon he ever landed was a 75-pound King.

Dave is the proud father of a future Oregon State graduate and Comic Con fan, Karen.