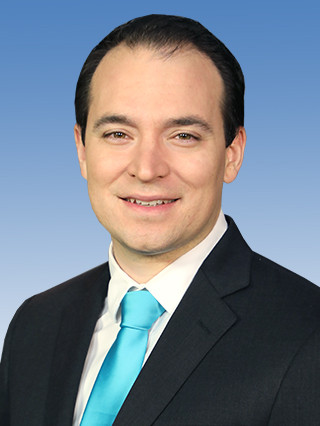 Eric Mock is a general assignment reporter for KATU News. He tells stories for KATU News at 4, 5, 6, and 11 p.m. Before coming to KATU, Eric worked as a reporter and storyteller at Spectrum News 13 in Orlando, Florida, He and his wife drove all 3,300 miles from Orlando to Portland for the move! Before that he worked as an anchor and reporter at WGXA in Macon, GA.

Before beginning his career as a broadcast journalist and storyteller, Eric graduated from the Communications School of Brigham Young University. There he won the Society of Professional Journalists National Mark of Excellence award for Television In-depth reporting. He’s also won awards from the Georgia Association of Broadcasters and the Florida Association of Broadcast Journalists for his work covering homelessness, education during the pandemic, and crime.

Eric loves getting to tell people’s stories and highlight important issues that otherwise wouldn’t get coverage. If you feel there’s an issue that needs to be explored, or have a story that needs to be told, feel free to email Eric at emock@katu.com

Eric and his wife love to hike and explore nature, and this is their first time in the PNW! So feel free to also share your favorite hiking trails and nature sites with him!