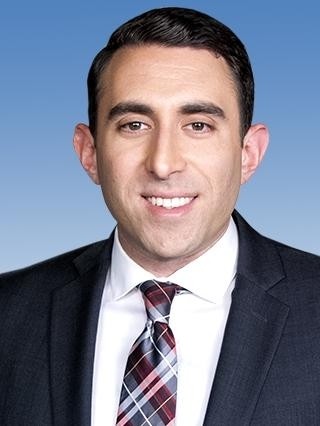 He is a native of Los Angeles who left SoCal and called NorCal home for more than a decade, going to college at California State University, Chico, before starting his first job in TV news broadcasting at KHSL-TV in Chico. Evan moved west to the north coast of California as an anchor, reporter, and producer, for KIEM-TV in Eureka before returning to the Chico-Redding, California market while working as an anchor and reporter for KRCR-TV. He then moved to the desert of Tucson, Arizona, as a reporter at KOLD-TV for two years before joining the KATU News team.

Evan lives every day to find and tell a story as a reporter. The opportunity to get out in the greater Portland community and meet wonderful people is why Evan does what he does. There are so many easy ways for you to contact Evan and share your story! Emailing him at eschreiber@katu.com is one option. Social media is another. Or you could always come up to him on the street and say, “HELLO!”

When Evan is not working, he likes to 'play tourist’ around Portland with his wife and dog, going on hikes, bike rides, and eating delicious food (in no particular order). When his wife and dog have had enough of him, Evan likes to explore golf courses in the Pacific Northwest and is a solid, but improving, golfer. He has a passion for sports and is firmly planted on the Portland Trail Blazers bandwagon as a new Portland resident.