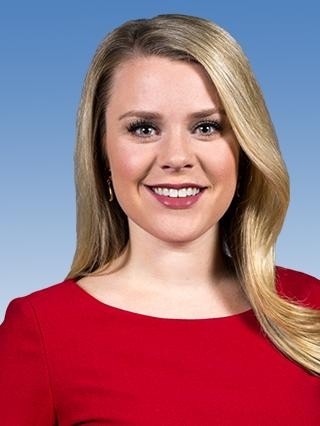 Hannah Olsen joined KATU in 2013. She's a Northwest native who's been fortunate to report all over Oregon.

Hannah started her broadcast career as the Coos Bay Bureau Director for KMTR. After spending some time reporting on the coast, she moved up to cover the Eugene area for the same station.

Hannah first came to KATU as a writer for the morning news. She quickly began contributing as a reporter again, covering hard news, fun features, and launching a social media segment. Hannah transitioned to traffic reporter in 2015. She is constantly learning about all our growing and changing transportation systems, and loves hearing from viewers whenever she is able to save you some time or avoid a mess on the morning commute!

A die-hard Duck, Hannah graduated from the School of Journalism and Communication at the University of Oregon. She also earned a bachelor's degree in French, and attended the Robert D. Clark Honors College.

Hannah and her husband are the proud parents of one human son and a French bulldog.