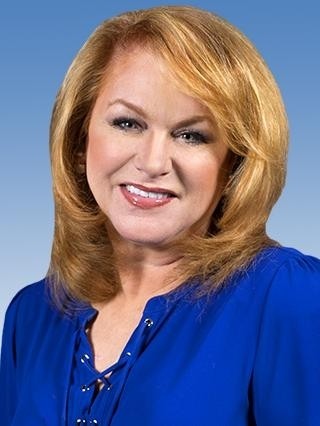 Helen Raptis is the Emmy award-winning host of AM Northwest. It's her dream job, interviewing news-makers and celebrities and having lots of laughs along the way. She joined KATU in May of 1998 as AM Northwest's 'Roving Red-Head,' where she reported on the "fun and quirky" side of Portland. Helen also anchored KATU's early morning newscast for three years.

Before joining AM Northwest, Raptis reported for KGW's "Good Evening" and KING TV's "Evening" magazine shows. Previous to those shows, she anchored the evening news and reported for KVAL TV in Eugene.

For her more than 25 years of work in the broadcast industry, she was inducted into the National Academy of Arts and Sciences Silver Circle. Her Regional Emmy and numerous nominations were awarded for her work on AM Northwest. Her feature reporting and breast cancer revelation also garnered her a number of Emmy nominations. In addition, her news and investigative reporting earned her Associated Press and Society of Professional Journalists Awards. Her most cherished nods are the Broadcaster of the Year awards she won two years in a row while learning the ropes in Montana. She is now a member of the Society of Montana Broadcast Legends.

Since the death of her co-host, Dave Anderson, in 2016 from pancreatic cancer, she works with the Pancreatic Cancer Action Network to promote extensive research into early detection. Her own breast cancer diagnosis in 2000 led her to encourage women to get regular mammograms and support the American Cancer Society. While her love of animals gives her the opportunity to volunteer for a number of animal rescue groups, including the Oregon Humane Society and Second Chance Companions.

In her spare time, Helen enjoys painting and hanging out with her very funny husband David Schmitke and spending time with their doggies, Callie and Sophie and their cats, Ella and Gus.