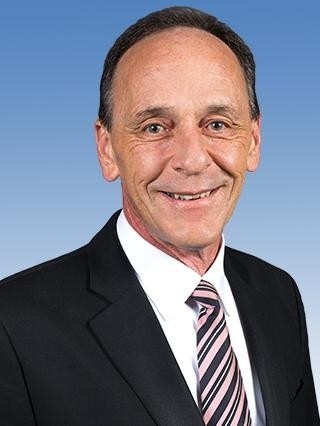 After graduating from the University of Oregon in 1983, English began his broadcast career at KTVZ in Bend as a producer/director before moving to California to break into the movie industry. After several years working for Disneyland and a small production company, English returned to KTVZ as Public Affairs Director and weather forecaster. From there English moved to Eugene and then to Colorado Springs, CO as news anchor until arriving at KATU in 1999.

English has been awarded for his service to his community, winning best PSA from the Oregon Association of Broadcaster and is also proud of pet adoption features in his weather forecasts at KTVZ that helped set adoption records for the Humane Societies in Central Oregon and Eugene. Plus as a host of The Easter Seal Telethon, English helped generate higher per-capita pledges than anywhere in the country.

English enjoys spending time with his wife Mary and his two children Alex and Kelli.