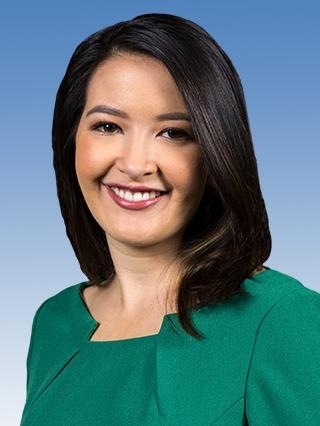 Lashay Wesley joined the KATU team as a General Assignment Reporter in April 2017. The West Coast native is thrilled to explore and share stories from the Portland area.

Before making Portland her home, Lashay reported along the US-Mexico border in El Paso, Texas for KFOX and CBS4. She covered stories unique to the borderland, including Pope Francis' historic visit to Ciudad Juarez, border security and immigration.

Prior to her time in the desert, Lashay worked along the North Coast of California just a few hours away from the Oregon border in Eureka at KIEM. She worked as an anchor and reporter covering wildfires, the state's historic drought and issues regarding illegal marijuana farms.

The start of her career came during her time at Humboldt State University where she led an award winning team as news director of KRFH, the campus radio station. Lashay is a proud alum and happily mentors young reporters.

Happy to return to the West Coast, Lashay grew up in Northern California. She is a true adventurer. In her free time she's always discovering someplace new. She's excited to explore the great outdoors, local music, art and great food. Lashay is also a proud member of the Choctaw Nation.

If you have a story idea or news tip you can reach Lashay via email. You can also connect with her via Twitter and Facebook.