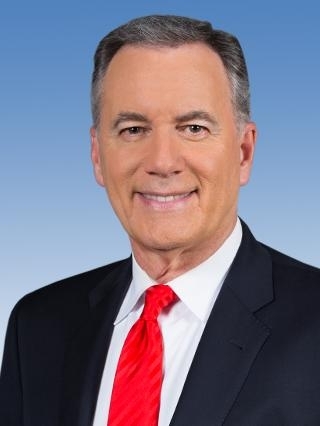 Steve came to Portland in 1986 from KGUN-TV in Tucson, Arizona. Prior to that he worked at WILX-TV in Lansing, Michigan, and WPBN-TV in Traverse City, Michigan.

Steve also recently acquired a Bachelor of Science degree from the same university.

Steve enjoys golf (doesn't play well) and plays in a number of charity tournaments throughout the summer. He has won several Associated Press Awards, has been nominated nine times for Television Emmy Awards. In 2016 Steve won the Emmy Award for the top News Anchor in the Northwest. He won the same award in 2004, 2012 and 2014.