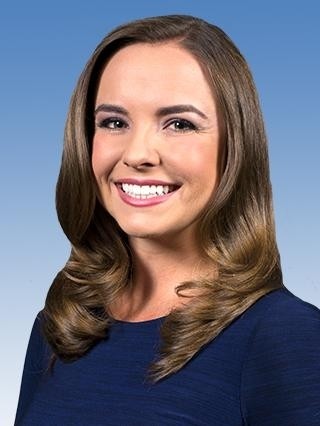 She comes to Portland from KVAL in Eugene, where she was the morning anchor and noon producer/editor/anchor. She joined the KVAL team in 2013, but she started her career at KCBY in Coos Bay in 2012. She graduated with a B.A. in Journalism and a B.A. in Religious Studies from Southern Methodist University in Dallas, TX.

Wesleigh caught the news bug early while she anchored and reported for her high school's news broadcast.

Wesleigh interned with WFAA Channel 8 in Dallas. She worked as a production assistant for ESPN and ESPNU and at an online magazine in London. While there, she loved traveling to Ireland, Scotland and Amsterdam.

Wesleigh enjoys going to concerts, festivals and musicals, and doing anything outdoors. She's originally from Southern California but she's fallen in love with Oregon. That's why she can't bring herself to leave!

She's excited to explore all that Portland has to offer, so if you have any feature or community story ideas, please email Wogle@katu.com, or reach out to her on Facebook and Twitter.